In Barry Greinstein’s book “Ace on the River”, he contends that Las Vegas professionals are the cream of the crop at gamesmanship, survival, and moneymaking skills, basically at all the things that are key in poker besides the actual game […]

In Barry Greinstein’s book “Ace on the River”, he contends that Las Vegas professionals are the cream of the crop at gamesmanship, survival, and moneymaking skills, basically at all the things that are key in poker besides the actual game itself. Well this blog is dedicated to all those things.

Now it goes without saying that there are more opportunities to go broke here than probably any other place in the country. You obviously cant make a habit of taking advantage of the free drinks at the table, chasing loses at blackjack or craps, betting on sports just b/c it is so easy to do, or getting to heavily involved in the party scene as it costs so much money to go to clubs. Expenses and drunken loses add up and cut into your win rate. But that’s all common knowledge. The next paragraph is going to detail some of the things that you should do that may not be so obvious.

The main difference between online poker and live poker is the social interactions, that much is obvious. Well, what should you do differently because of this? Now this isn’t really geared towards people that are just making a rare visit to a casino. This is more an outline for a local or a regular to the same card room. When I go to a card room in town I will usually know most of the table. Now what do you think my image is? Well, it will probably depend on who you ask. Naturally, I’m not a normally overly friendly person, but if you watched me walking into the card room, you might witness me giving old ladies hugs and going out of my way to say hello to people that don’t seem like people I would necessarily be friends with. I’m friendly with players that are not good. Now this is not exclusive as I am friendly with good players too. Basically I want to keep the games friendly and loose. If someone is losing money on a somewhat regular basis, there is no reason to make them more unhappy than they already are b/c they are losing. They should want to come back if for the only reason is that they have friends in the poker room. It is definitely worth the extra effort if that is the reason they come back. Now I’m not always friendly and don’t necessarily extend that courtesy to non-regulars, but more on that later.

Now don’t confuse being friendly with soft playing. I have noticed this a lot lately among a few regulars even at the 30/60 level. This is especially bad when one of the players is better than the other. So you become friendly with someone that will call you down no matter what and then you decide to check it down with the and give them free cards to outdraw you when you are ahead? If you are doing this you might as well give that money straight out of your pocket b/c that’s basically what you are doing. This is so foreign to me though I really don’t know how to get into the minds of people doing this.

Back to the being friendly to bad players thing. This isn’t an always type of thing. There are a few people that I am not friendly with for strategic purposes. One is Stanley Steamer. He tries to be friendly with me but I basically ignore him and try to get him upset at me. I will give up equity early to try to put a bad beat on him b/c he steams hard. And when he tilts he does it in the worst way, by calling, chasing, and more chasing, and if he doesn’t win every hand he is involved in (which by this point is about 75% of them) he gets more and more steamed. I’m not nice to him b/c his way of getting back at you is to try to chase you down. If he likes you, he believes you and will fold, but if he doesn’t you could show him top pair and he would still think you are betting nothing and call you down with 5th nut no pair.

Another thing I notice at casinos outside of Vegas is people basically berating stupid plays. If you fold top pair b/c it cant possibly be good and someone else called 3 bets on the turn and a bet on the river with second pair, don’t tell him that you folded a better hand than he called with. There is nothing good that can come from it if they are clearly clueless. Now I have to admit I have done this before but not quite in this context. The one time I remember is one time I folded top set to a river killer (like a 4 flush or something) while the other player with middle set was going on and on about how unlucky she was. The difference was it was obvious the player that hit the flush was caught in between raisers and wasn’t really clueless, just caught in between and probably priced in to be drawing and I just couldn’t take the bitching of the lady with middle set.

The last thing I can think of is educating other players on your play or playing in general. Don’t go over hands with bad players or with good players loud enough where the whole table can hear your thought process. I truly believe that there is some point in every serious players career where something just clicks and stuff suddenly makes sense to them. You don’t want to be the person that makes a non-threatening player become a good player b/c you said something that make them suddenly think about poker in a new and correct light.

So in conclusion, poker is a lot more complicated than just playing cards, that is the easy part. So next time you are playing think about the other things also, especially live. Don’t ask to see people’s mucked hands just because you can, or call a string raise when you are not in the hand just because those are the rules. You might be killing my action. If I’m in the hand with that person I might not want the raise taken back, and I’ll call it if I want to. 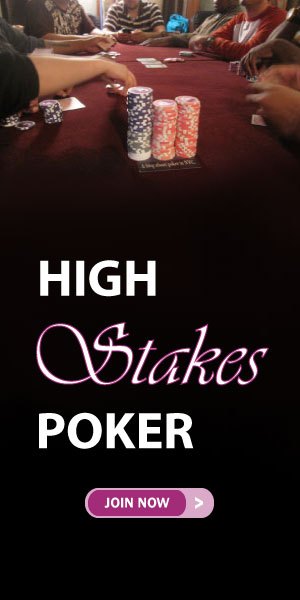 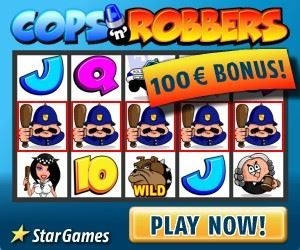